The conference was accompanied by an exhibition of the same name, timed to coincide with these significant dates.

The conference was attended by the heads and employees of a number of ministries and departments of the country, heads of diplomatic missions and representative offices of international organizations accredited in Turkmenistan, rectors of higher educational institutions, representatives of public organizations, editors-in-chief of national press and journalists of foreign mass media.

The Rector of the Institute of International Relations of the Ministry of Foreign Affairs of Turkmenistan made an opening speech, who noted the importance of this Conference, which testifies to the high level of cooperation between Turkmenistan and the UN.

Then Deputy Chairman of the Cabinet of Ministers, Minister of Foreign Affairs of Turkmenistan R.Meredov made a speech. He congratulated the conference participants on a significant date - UN Day. Noting the strategic nature of cooperation between Turkmenistan and the UN, the Minister emphasized the systemic orientation of the relationship. He also stressed that for 75 years the UN has been acting as a unique and legitimate structure, whose work is entirely aimed at ensuring peace, security and mutual understanding between peoples.

The Minister spoke in detail about the important achievements of cooperation between Turkmenistan and the UN. In this aspect, the significance of the Framework Program for Cooperation in the Field of Sustainable Development between the Government of Turkmenistan and the United Nations for 2021-2025, signed in March this year, which is the legal norm for the implementation of cooperation, was indicated. Country programs with UNDP, UNICEF and UNFPA for similar years were also indicated.

Turkmenistan is actively working with specialized UN structures aimed at promoting global peace, stability and sustainable development. So, during the year, in order to counter the spread of COVID-19 in the country, as well as to minimize the socio-economic consequences of the pandemic, the Government of Turkmenistan, in effective interaction with the Office of the UN Resident Coordinator in Turkmenistan, the WHO country office and other UN agencies, developed and approved at the state level, relevant plans.

In July 2019, the Voluntary National Report of Turkmenistan was presented at a high-level political forum in New York. At the state level, active work is underway to join international conventions, including humanitarian direction, trade, transport, environment and much more.

The Group of Friends of Neutrality for Peace, Security and Development has been created, aimed at strengthening political dialogue and promoting close multilateral cooperation with the application of the principles of neutrality in international relations.

In the course of informative speeches, they talked about the significance of the creation of the United Nations, its Charter, principles, goals. The goals enshrined in the Charter of the Organization concerning the maintenance of peace and security are consonant with the principles of permanent Neutrality of Turkmenistan, which was unanimously recognized by all UN members in 1995, and also in 2015 by the relevant General Assembly Resolutions.

Also, the unanimous adoption on February 2, 2017 at the 71st session of the UN General Assembly of the resolution proclaiming December 12 as International Day of Neutrality, became a vivid example of the global significance of the policy of neutrality, as well as the positive course of foreign policy of Turkmenistan. 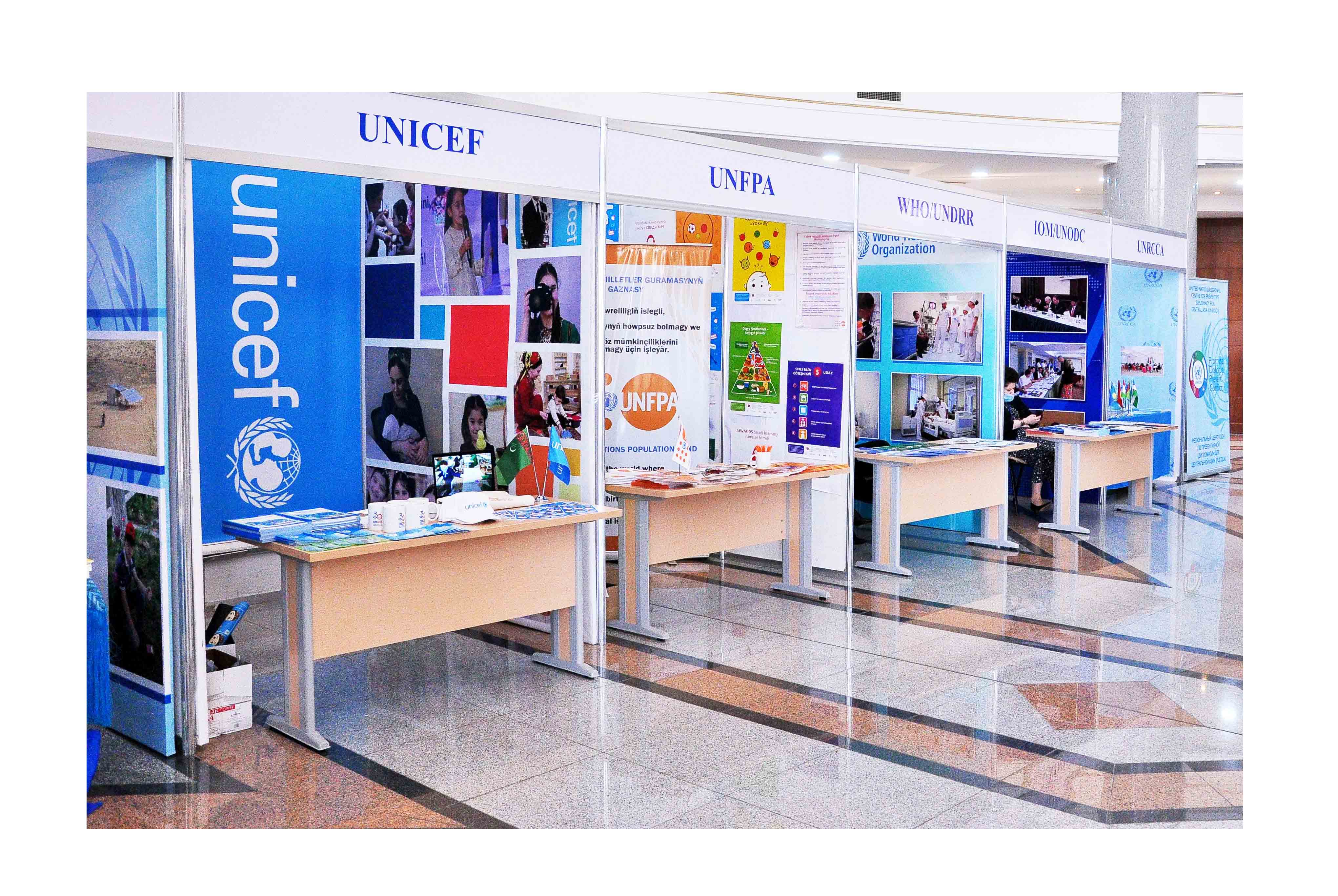 Preventive diplomacy, actively promoted by the President of Turkmenistan, is designated as an effective mechanism for international cooperation. In this perspective, the participants noted that, while comprehensively developing political and diplomatic dialogue with its partners, Turkmenistan implements an "open door" policy dictated by the humane principles of the positive Neutrality of the state.

The role of the neutral status of Turkmenistan in achieving peace, stability and sustainable development at the international level was noted. The dynamic and topical nature of Turkmenistan's Neutrality, which contributes to strengthening regional security, the establishment of a civilized dialogue between states based on mutual respect and solidarity, was emphasized.

In addition, a third-year student of the Institute of International Relations, Young Ambassador of the SDG D.Lomanov, spoke about the importance of the policy of permanent Neutrality of Turkmenistan, about its role in strengthening the country's position in the international arena, and about the comprehensive support of the esteemed President of Turkmenistan to the Turkmen youth.

Then the participants of the International Conference adopted an Address to the President of Turkmenistan Gurbanguly Berdimuhamedov.

TURKMENISTAN TOOK PART IN THE MEETING OF THE SCO COUNCIL OF HEADS OF G...

TELEPHONE CONVERSATION OF THE PRESIDENTS OF TURKMENISTAN PRESIDENT WIT...

TURKMENISTAN AND RUSSIA ARE CONFIDENT THAT THERE IS NO ALTERNATIVE TO...

POLITICAL CONSULTATIONS HELD AT THE LEVEL OF DEPUTY FOREIGN MINISTERS...

TURKMENISTAN TOOK PART IN A HIGH-LEVEL CONFERENCE ON THE PREVENTION OF...