On January 22, 2020, the Embassy of Turkmenistan in Romania, together with the Polytechnic University of Bucharest, organized a round table entitled “Scientific-technical policy of Neutral Turkmenistan: importance of Turkmen- Romanian relations”. A delegation of the University of Engineering and Technology named after Oguz Khan, led by Vice-rector for Academic Affairs H. Kadyrov arrived to Romania from Turkmenistan. The round table was attended by the leadership of the Polytechnic Universi... 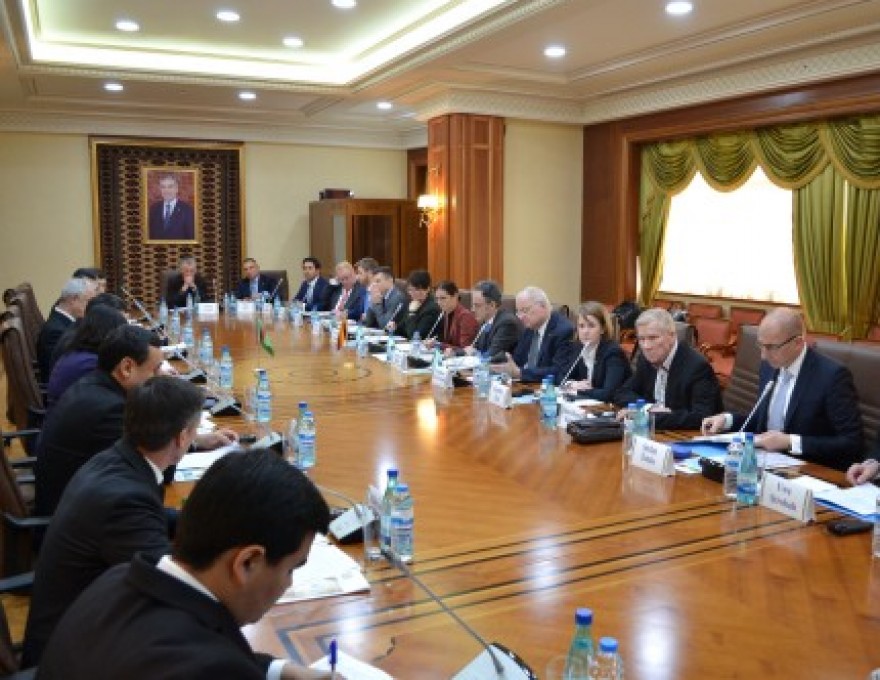 On January 23, 2020, the ninth meeting of the Turkmen-German Joint Working Group took place in Ashgabat. The Turkmen delegation was headed by the Minister of Trade and Foreign Economic Relations of Turkmenistan, while the German delegation was led by the Deputy Head of the External Policy Department of the Federal Ministry for Economic Affairs and Energy of Germany. During the negotiations, the issues of bilateral cooperation pertaining to various sectors of economy were discussed. The par... 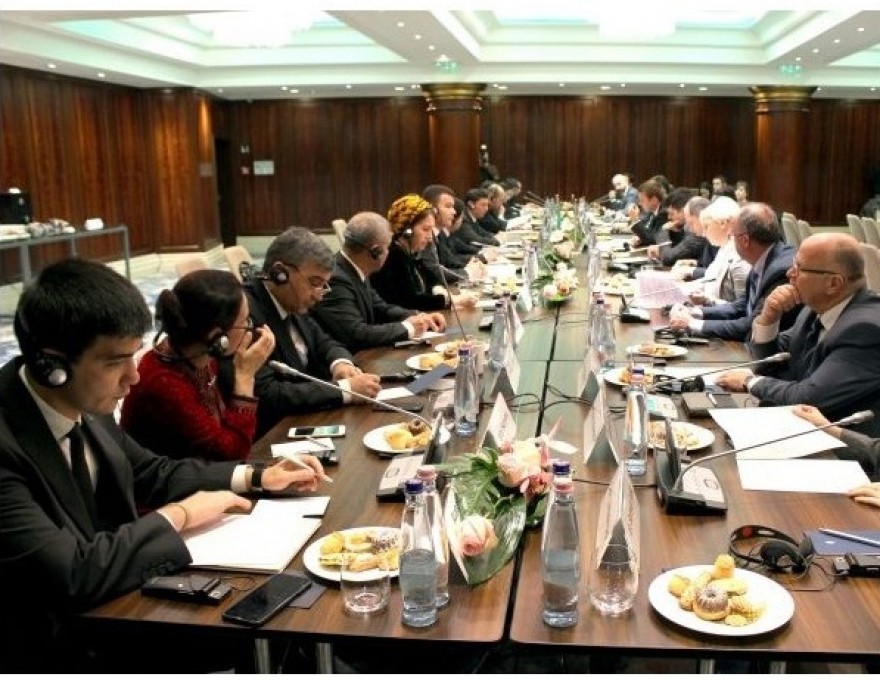 On January 21, 2020, the fourth meeting of the Intergovernmental Turkmen-Hungarian Commission on Economic Cooperation was held in Budapest, Hungary. The commission was attended by the heads and representatives of leading ministries and departments, as well as representatives of business circles of the two states. The parties considered issues of bilateral cooperation, including the development of the digital economy, multilateral economic, cultural and humanitarian interaction. Issues of c... 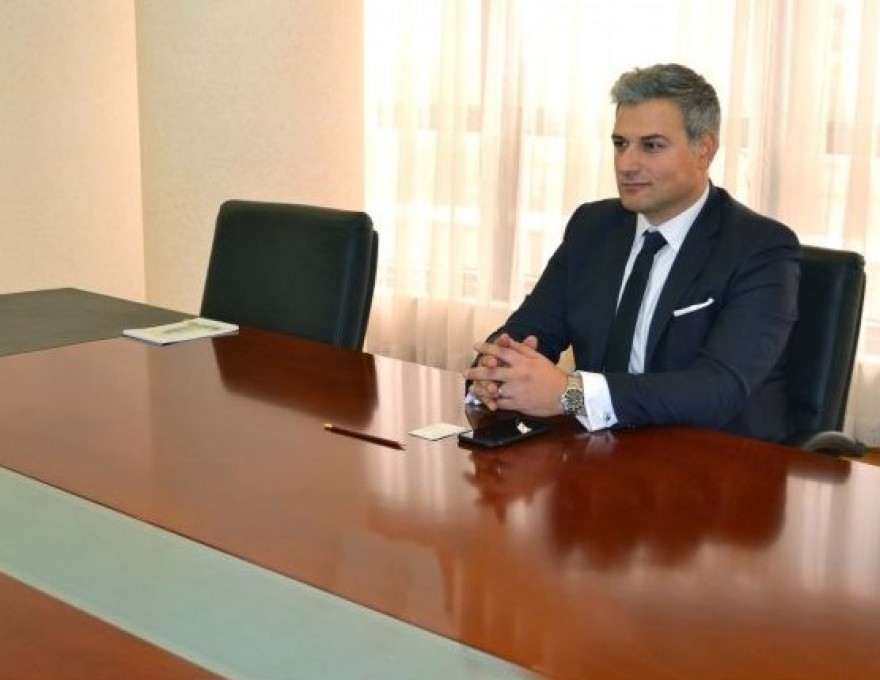 COOPERATION ISSUES DISCUSSED WITH THE REPRESENTATIVE OF “EURONEWS”

On January 21, 2020, a meeting was held at the Ministry of Foreign Affairs of Turkmenistan with the Chief Business Development Officer, Member of the Executive Committee of informational television channel “Euronews” Roland Nikolaou. During the meeting, the issues of cooperation in the area of preparing informational materials with the use of advanced technologies of television and radio broadcasting, exchange of expertise and experience were discussed.   Expressing gratitude to the Turkme... 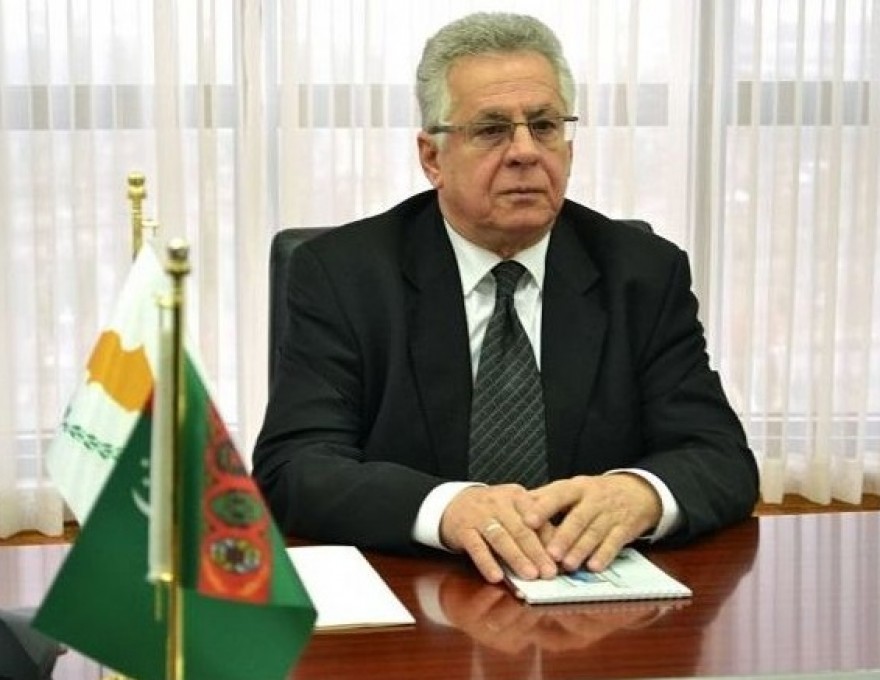 On January 21, 2020, the meeting was held at the Ministry of Foreign Affairs of Turkmenistan with the Ambassador Extraordinary and Plenipotentiary of the Republic of Cyprus in Turkmenistan (with residence in Moscow) Andreas Zenonos. During the meeting, the parties discussed the current state of affairs of Turkmen-Cypriot relations in different areas of cooperation. It was stated that good potential exists for strengthening the ties in political-diplomatic, trade-economic and cultural-humanita... 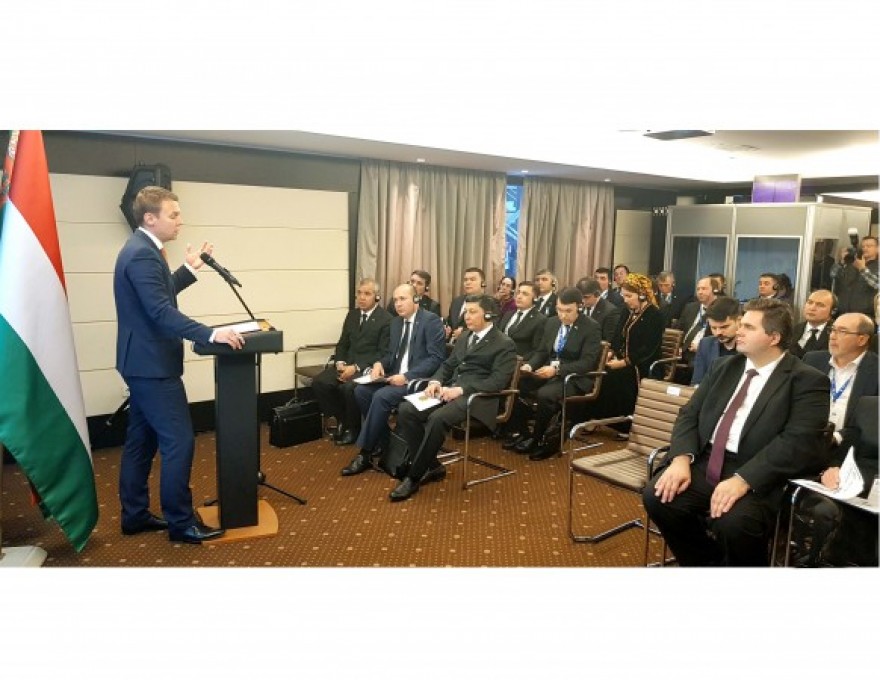 THE TURKMEN-HUNGARIAN BUSINESS FORUM WAS HELD IN BUDAPEST

On January 20, 2020, a business forum was held in Budapest, Hungary, as part of the regular meeting of the Turkmen-Hungarian joint commission. The Turkmen-Hungarian business forum was organized by the Hungarian Export Development Agency, the Ministry of Finance and Economics of Turkmenistan and the Union of Industrialists and Entrepreneurs of Turkmenistan. During the Forum, speeches were made by со-chairs of the Joint commission of both sides, as well as representatives of the banking sect...

MEETING WITH THE NEWLY APPOINTED AMBASSADOR OF THE REPUBLIC OF TURKEY

On January 20, 2020, the meeting of the Minister of Foreign Affairs of Turkmenistan with the new Ambassador Extraordinary and Plenipotentiary of the Republic of Turkey to Turkmenistan Togan Oral took place.   After exchanging warm greetings, the parties noted the high level of cooperation between Turkmenistan and the Republic of Turkey in political, trade-economic and cultural-economic spheres. It was noted that the high-level mutual visits play a vital role in the advancement of Turkmen-Turk...